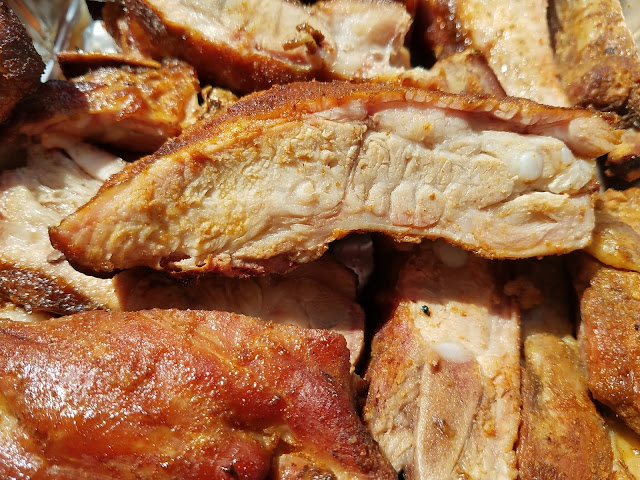 As much as I love to cook, sometimes it's difficult because of the reason. Susan was a co-worker, mentor, and friend. She recently lost her battle with cancer. Her family is not in the area, and there were no plans for a service. Some of her work friends felt that we needed to celebrate her life. This is my contribution. 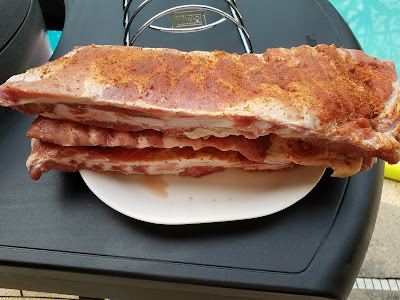 Three racks of ribs are trimmed and prepared for the smoker with the trimmings. The ribs are rubbed with a combination of brown sugar, white sugar, onion powder, garlic powder, seasoning salt, black pepper, red pepper powder, chili powder, and a few other spices. The ribs are lightly rubbed, since I want the flavor of the meat to be dominant. 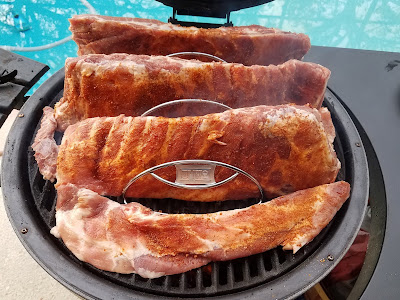 Next, they are placed on the smoker and left for three hours. A wisp of smoke is all that is needed. The ribs are removed when you see the meat start to shrink back and the tips of the bones are exposed. I like the meat to be tender, but have a little pull to it.

The trimmings are removed and chopped, then sauteed in a couple of tablespoons of apple juice. I want the meat to break down before adding it to the beans. 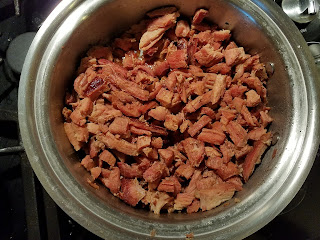 After resting, the ribs are sliced and put in trays with a couple of tablespoons of apple juice. Since they won't be served until tomorrow, the juice will add a little steam when reheated to keep​ the ribs moist. 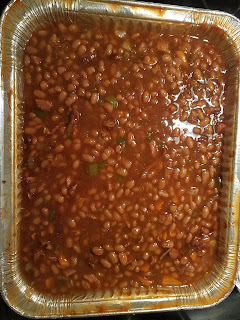 Next, four strips of bacon are rendered and a diced onion and pepper are sauteed in the bacon fat. When the vegetables are transparent, the trimmings are added. The ingredients are added to the beans with some garlic powder, BBQ sauce, chipotle powder, and red pepper. 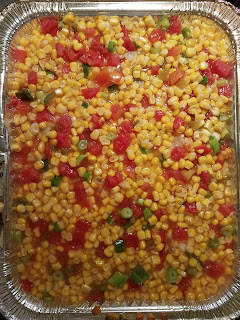 Finally the corn is prepared. Sauteed garlic and scallions are added to a large can of corn along with diced tomatoes and green chilies. The pan is placed on the smoker and hickory smoked for an hour at 275 degrees. Just before serving, cover the top with fresh chopped cilantro. 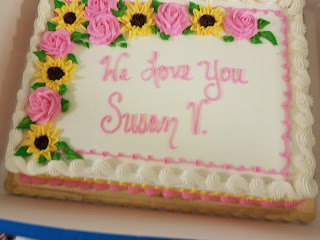 Susan, you were loved by all of us at work and will truly be missed!